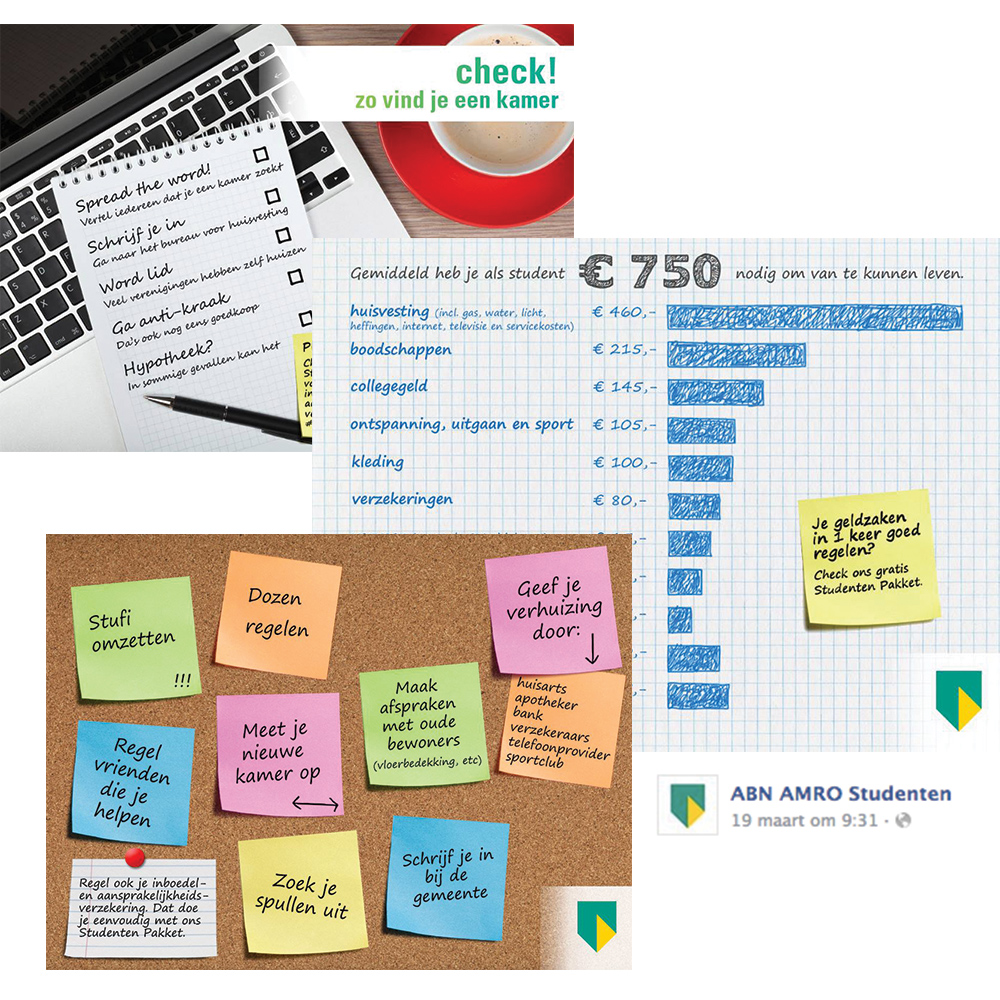 For a year and a half, I worked at ABN AMRO as part of the UX design team. The UX design team consists of visual and interaction designers, who are responsible for the entire abnamro.nl website, including digital banking. 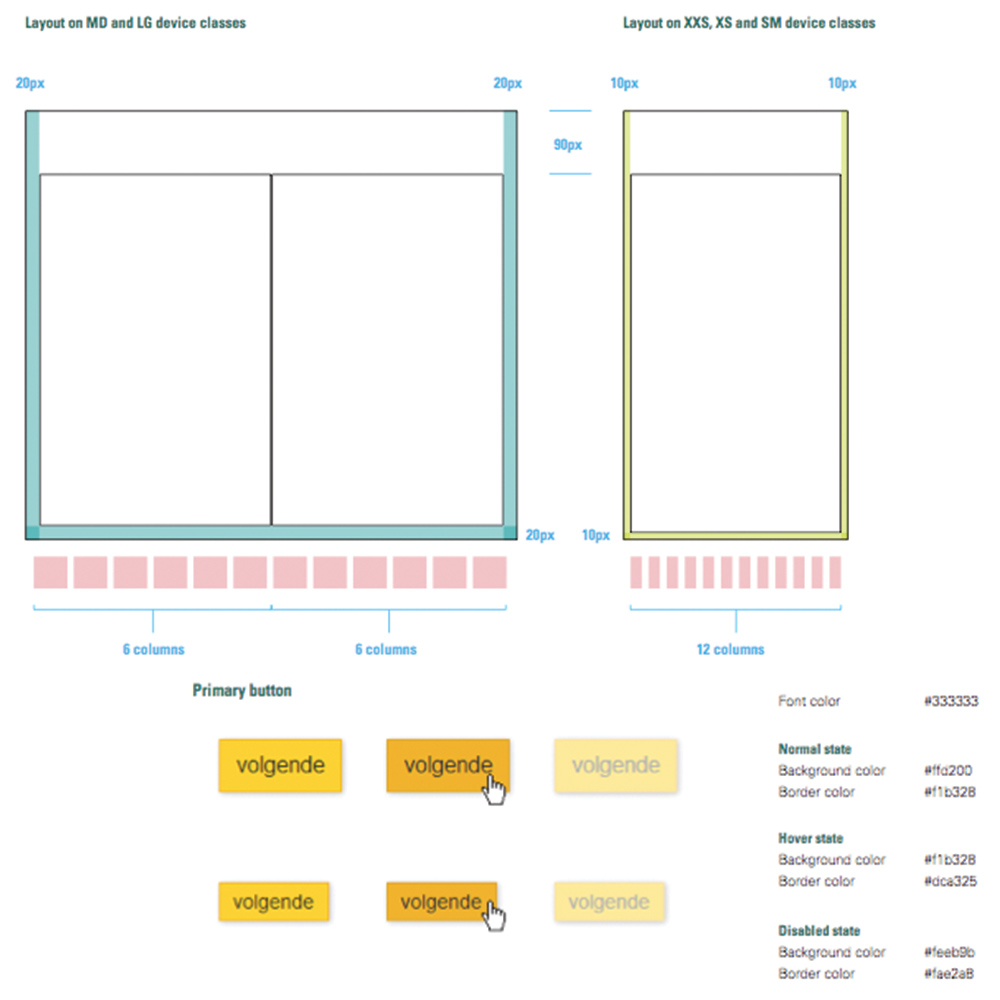 I was the first to start up the new responsive styleguide, which includes guidelines for working responsive mobile first. Using the Bootstrap framework, a new design for the website was created. The styleguide contained detailed explanations on how different components act across different breakpoints, as well as CSS specifications for all components.

As interaction designer I was the lead designer on the mortgages project. Bringing mortgages online is a very difficult process, because many channels are involved: the customer, the mortgage advisor, mid office... Bringing these together online was an interesting challenge. Using the service blueprint technique I helped the team with formulating a common goal, while making sure the customers experience was greatly improved.

I've worked on several projects for Centraal Beheer Achmea while working for Informaat. My first project was working on the 'Ondernemers Polis', an insurance package for entrepreneurs. Centraal Beheer prouds itself on personal contact ('Even Apeldoorn bellen') 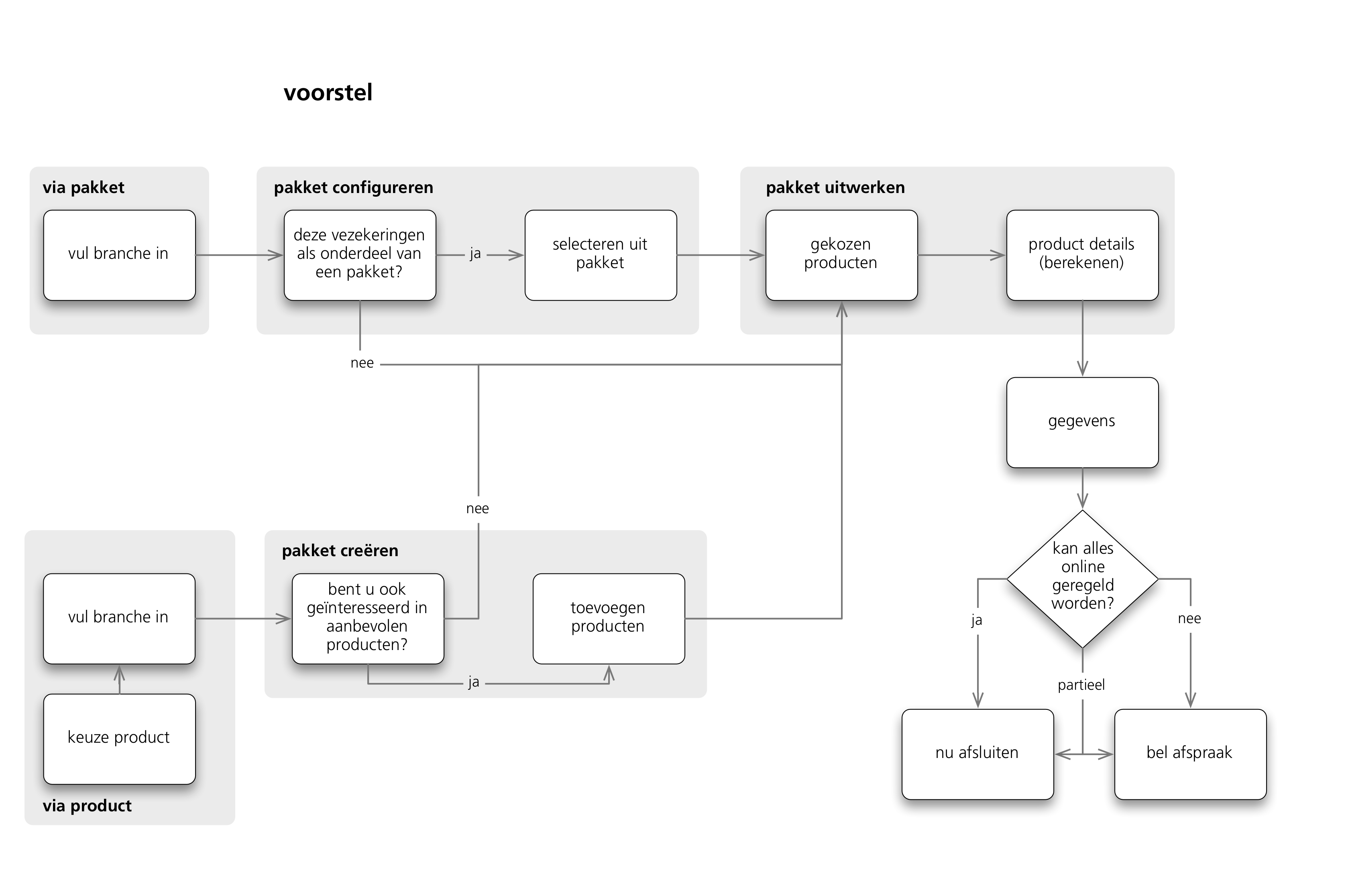 and transitioning that same feel to online is an interesting challenge.

Within the Ondernemers Polis, an entrepreneur can select the insurance products that compromise his package, and further customise each of the selected products in order to meet his business needs. Working on this, we had several design questions. How can we make sure the customer keeps an overview of entire package through the process? And how do we deal with all interdependencies between products? 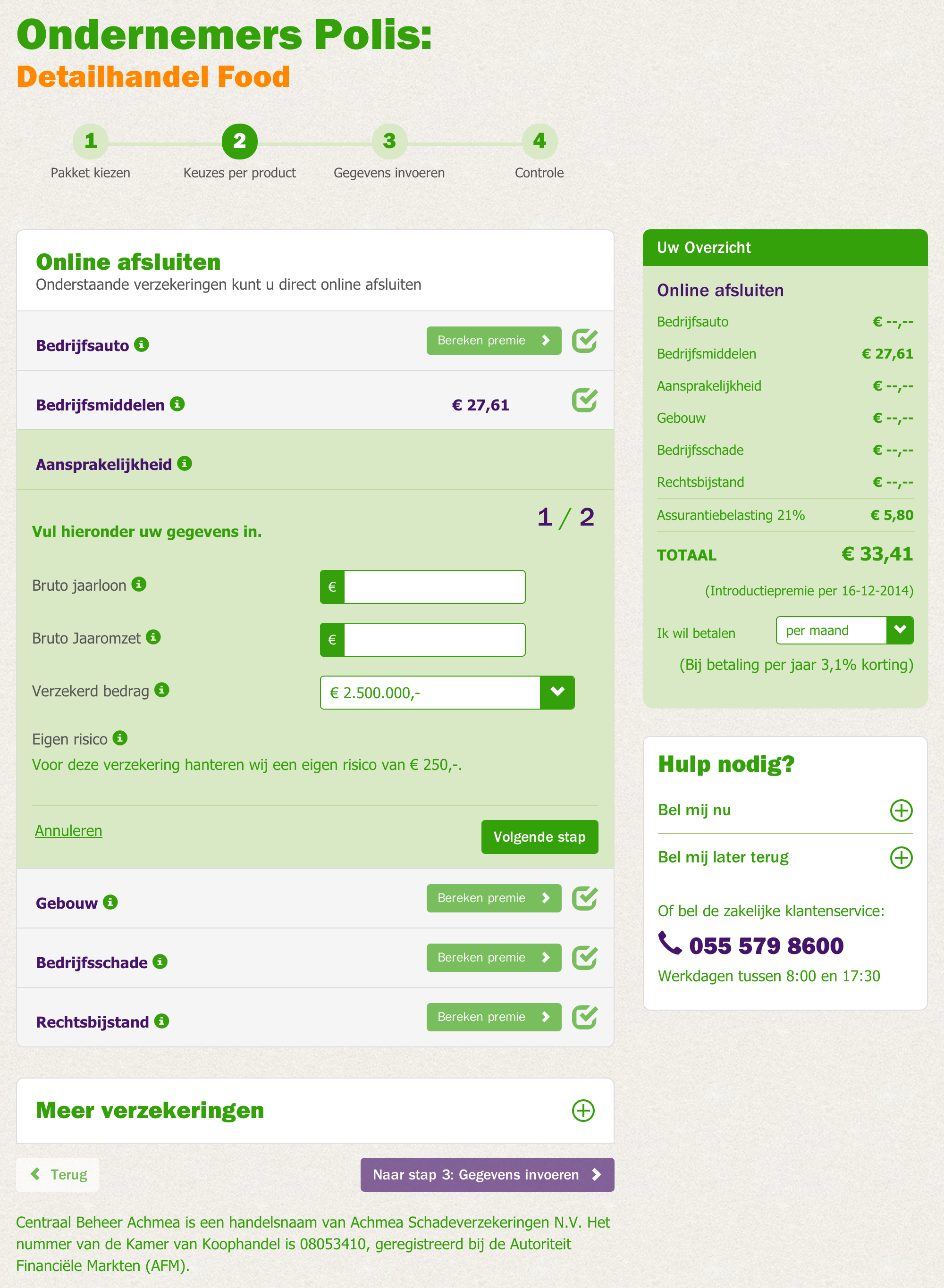 Together with two colleagues I created a flow where the decision making process was cut up into smaller pieces. A set of product funnels within an overarching package funnel guided the customer through the process. We translated our general concept to a detailed interaction design. Because of the detailed nature of the questions and all kinds of dependencies, this was no easy task.

I've also worked on some smaller projects for Centraal Beheer, like creating sales pages specifically targeted to freelancers, and setting up the first version of the online customer domain.